New research from women’s sport charity the Women’s Sport Trust has highlighted the leading role tennis plays in raising the profile of women’s sport, and in particular the platform it has provided to Emma Raducanu to capture the nation’s attention and become one of Britain’s greatest personalities. athletes in profile.

The phenomenal national interest generated around Raducanu’s momentous US Open victory is evident from the surge in online traffic, with UK Google searching for Raducanu in a single week in September close to Tom Daley’s search numbers on the whole of 2021, and more than the combined total of three Joe Root, Ben Stokes and Jason Kenny over the whole year.

The Women’s Sport Trust report also highlighted the work done by the LTA as a positive example of a sports governing body that has promoted gender parity in social media coverage as part of its strategy to include the sport. tennis in Great Britain. This has led to an improvement over a 12-month period in coverage of women’s football on LTA channels, which remains an ongoing priority.

In addition to looking at coverage trends, the research revealed that tennis has the highest proportion of female fans. Tennis only rubs shoulders with the Olympics and Paralympics to attract more female fans than male fans, with Wimbledon’s average viewership being 57% female and 43% male. The Men’s Six Nations are next with only 41% female fans, with the average for all other men’s and women’s sports being just 32%. 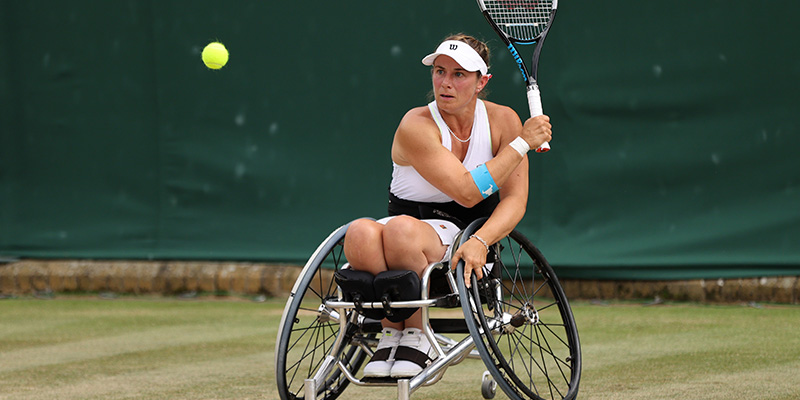 Contrary to the current trend of decreasing hours of television viewing, women’s sport is growing on free and paid television channels. However, it’s the free-to-air streaming that really makes an impact in attracting new viewers to women’s sports. The research also found that for mixed-gender sporting events last year, such as tennis and Tokyo 2020, it was female athletes who generated the peak viewership.

This was demonstrated by the impact of Raducanu’s performances at the US Open in reaching and engaging new audiences. Streamed for free on Channel 4 as well as Amazon Prime, it has become Britain’s most anticipated women’s tennis match for at least 30 years, underlining the importance of moments like this being so widely and freely available to the public. British as possible in order to maximize the impact.

How Raducanu’s success at the US Open helped raise the profile of women’s tennis:

The research, conducted for the Women’s Sport Trust by Futures Sport and Entertainment, examines the media exposure and consumption of women’s sport, men’s sport and mixed sport in the UK. It details how that has changed throughout 2021 and predicts record ratings for 2022.