Cricketer Will Sutherland’s COVID-19 test positive on Friday did more than delay the Sheffield Shield game between NSW and Victoria.

It has exposed a threat to the integrity of sports competitions that is expected to repeat itself over the coming months as Australia learns to live with COVID-19.

When Sutherland’s initial test raised concerns about a possible case, cricket authorities did the reasonable thing and forced the Victorian team to self-isolate while further tests were carried out.

New South Wales health guidelines require vaccinated people who are close contacts of cases to self-isolate for seven days. At first glance, that would have meant that the Victoria players could not have entered the field.

But the NSW government recently narrowed the definition of close contact in light of the vaccination rollout, meaning colleagues of a positive case are unlikely to be forced to self-isolate.

Cricket Australia chief medical officer John Orchard said the Victorians could enter the pitch the next day provided they are negative.

“While it is impossible to rule out any risk from this situation, Will was relatively non-infectious during his periods of interaction with members of the Victorian team,” he said.

“As such, and due to their adherence to biosecurity protocols, all members of the Victorian team were considered casual contacts.”

Although the players and staff at Victoria traveled together and trained side by side, they were not considered to be close contacts by NSW Health.

With that, the game was back, giving players in Victoria, with the exception of isolated Sutherland, the opportunity to play for points in the Sheffield Shield, which incidentally has already been compromised by border restrictions.

However, athletes from other states would not be so lucky.

The impact of withdrawals due to COVID-19 has already been felt in international sporting events.

Even Australia’s top-ranked male tennis player Alex de Minaur has been ruled out after testing positive.

But it’s one thing to pull out due to COVID-19, and another to be forced to sit on the sidelines after being considered close contact … and never to eventually contract the virus.

As it happened, Friday was also the day the Victorian government eased its burden on those exposed to COVID-19 cases.

Close contacts – excluding household contacts – are now only required to self-isolate until they produce a negative PCR test, rather than isolating for seven days from the point of exposure.

Had Sutherland tested positive in another jurisdiction, more players from a touring Victorian team could have been considered close contacts, and these could have been barred from playing.

For example, in Western Australia, ahead of the AFL grand finale in September, a COVID-19 positive truck driver sent six gas station officers into isolation.

While a vaccinated player in Victoria, considered close contact, could resume training during the day, in Western Australia or Queensland, a player in the same circumstances could miss 14 days – or two rounds of football – under current public health orders.

Given the persistence of border restrictions, alignment of these regulations may take some time.

Codes are grappling with this same problem as they prepare COVID-19 protocols for the summer and the 2022 seasons to come.

For example, the A-League Men competition started this weekend and a spokesperson was proud to state that there is currently no training of unvaccinated players and that 99% of players in the A-League and of high performance personnel are fully immunized.

However, when it comes to COVID-19 protocols, the league was not prepared to disclose exactly how long close contact was and whether the period was consistent between teams in all states.

As competitions move away from the rigid bubbles of biosecurity, it will be up to players to protect themselves from COVID-19 and reduce the chances that they will be taken as close contacts in jurisdictions where it matters.

Cross-border vaccination rules are already changing the rosters and the competitive landscape. 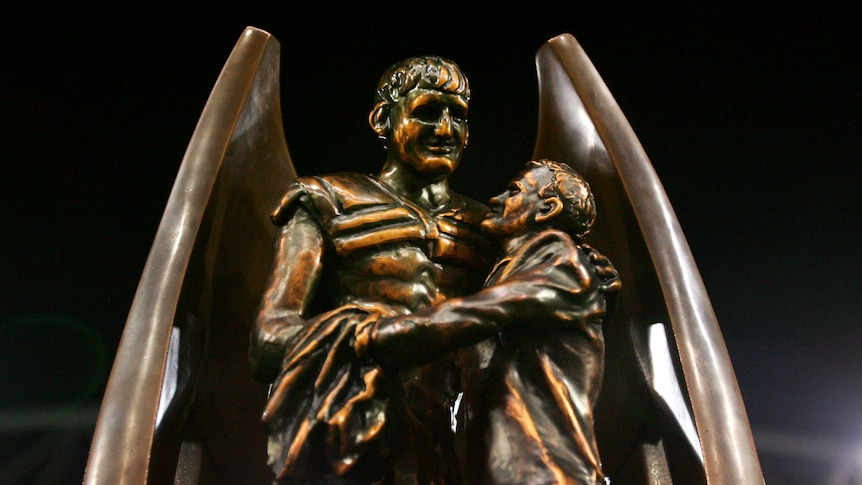 Smith says NRL players who refuse to be vaccinated against COVID-19 will have almost impossible to meet the requirements of their contracts.

In the NRL, there are fears that up to 15 players will not be vaccinated in time for next season and these people should have a say in how the competition unfolds.

Melbourne Storm mainstay Nelson Asofa-Solomona is reportedly unvaccinated and may not be able to train or play at Victoria, meaning he will almost certainly be forced to change clubs or meet again unemployed.

And Queensland’s requirement for those who use its public stadiums to have jabs perhaps means that the game’s best forward Jason Taumalolo – another reportedly refused a vaccination – would miss at least half of North Queensland’s games. . That’s if the club decides to keep it.

The decisions of the Australian health authorities do not only influence national sports results either.

The ultimate champion of the greatest era of men’s tennis can be determined by Victoria’s vaccination policy requiring travelers to be fully vaccinated.

Novak Djokovic – chasing a 21st men’s singles title, which would be one more than Roger Federer and Rafael Nadal – has yet to say whether he will travel to Melbourne Park, as radio silence subsides. continues between him and the organizers of the Australian Open.

“I didn’t talk to them to be honest,” Djokovic said over the weekend.

“I was just waiting to know what the news was going to be and, now that I know that, we’ll just have to wait and see.”

Do you know more? Contact Jack Snape via email at [email protected] or privately via the Signal messaging app: 61439695398.